– WikiProject Feminism: http://en.wikipedia.org/wiki/Wikipedia:WikiProject_Feminism, which would be a fabulous place to get started – the “wikiprojects” are simply hubs for editors who are interested in working on the same topics to get together and coordinate.

– Editing parties should typically be about a half day or longer and begin with an intro lecture/hook then proceed to editing, just like other typical workshops

– Going to the June event at the foundation should also be a good introduction. The June event is the second one of its kind, and they are now looking at these events occurring quarterly.

– The Wikimedia Foundation used to have Train the Trainer sessions. Although these have been discontinued, the resources are still available: Education program! http://outreach.wikimedia.org/wiki/Wikipedia_Education_Program

*Other groups and contacts*

– Ada Initiative: http://adainitiative.org/ Val Aurora is the executive director (http://valerieaurora.org/). This group has one of its goals to increase the participation of women on Wikipedia.

– We discussed people adding their own bios at ICA. This is generally discouraged, but not entirely. See: http://en.wikipedia.org/wiki/Wikipedia:Notability_%28people%29

– Resources about the Gender gap on Wikimedia projects and how to address it: http://meta.wikimedia.org/wiki/Gender_gap

– See also http://en.wikipedia.org/wiki/Wikipedia:SUP for examples of some classroom projects now ongoing; posting on this page is a good idea to notify the community that something is going on.

Also, for this list, you should probably see http://en.wikipedia.org/wiki/Wikipedia:Notability_(academics)

And know that probably the most important thing is to have a ton of sources to document a person’s achievements.

So anyone doing this should be familiar with

because a reliable source on wikipedia is not a blog or web page, but only a corporate media outlet, journal or publisher, government institution or academic institution. 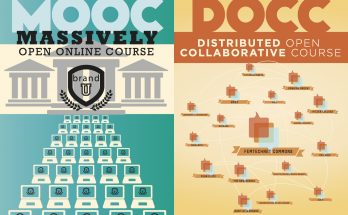